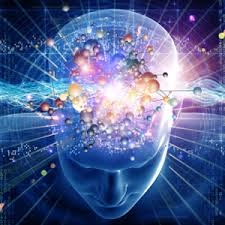 ‘A human being can be defined as a trinity: he has been given a mind with which to think, a heart with which to feel, and a will with which to act. The goal of the mind is science, knowledge; the specific concern of the heart is religion and ethics, whereas the will is designed for action: it needs to do something, to build and create. This is why we can say that art concerns the will. Music, dancing, sculpture, architecture, poetry, painting and so on, are all means that man has invented in order to express outwardly, in concrete form, what is in his heart and mind. Art, therefore, is related both to science and to religion. Science requires light; religion warmth; and art, creative activity. Unfortunately, human beings have the habit of separating science, art and religion into three separate compartments; in fact they often consider them to be mutually contradictory. One finds frequent instances in which religion has condemned science and art, in which science has scorned religion and considered art to be too trivial to be taken seriously, or in which art has set little store by the opinion that either science or religion may have of it. And yet, in life and in nature, the three are closely linked: they work together. Initiates have never separated the three domains.’

‘Although this idea is not very widely held, you must understand that science, religion and art cannot be dissociated, because in nature they are already linked. So it was a big mistake for humans to separate them, which they did even to the extent of causing conflicts between them. As long as they keep them apart, something will be missing in their understanding of life. Science, religion and art form a whole that allows humans to develop in fullness. The mind needs science. The heart needs religion. The will needs art, so as to express something, to create and build. And these three needs are closely connected in humans, who think something, then feel it and finally act on it.’

‘For centuries, we have witnessed endless battles between religion and science in the West. For a long time, religion was powerful enough to win the battle. And then, little by little, the situation reversed: as science progressed, it became more dominant and, for many, was even able to undermine religion’s foundations, so that religion was forced to beat a retreat. In reality however, whatever progress science makes, it will not be able to supplant or destroy religion, any more than religion has been able to oppose the development of science. The two are connected and, if correctly understood, can only reinforce and enlighten one another. Those who seek to separate them or get them to compete with each other are making a mistake. How can they imagine that the Lord would have introduced two incompatible realities into the universe, when he himself created it, and into human beings, when he made them in His image? They simply need to become aware of the laws that govern the physical and the spiritual worlds, for these laws are in essence identical.’