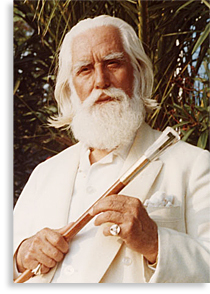 Philosopher, pedagogue and spiritual Master, Omraam Mikhaël Aïvanhov (1900-1986) was a native of Bulgaria. In 1937, at the request of his Master Peter Deunov, he came to France where he was to give the main body of his teaching.

He was a ‘bearer of light’, a fraternal being who was always accessible, enthusiastic and stimulating. A model. His life testifies to a perfect coherence between his thought, his word and his actions.

In the course of more than 5000 talks, he explores human nature in its environment, whether in a personal, familial, social, spiritual or planetary context. The man whom his disciples call Master – in the oriental sense of the word, referring to one’s personal self-mastery and ability as a teacher – tells us:

‘What I hope to give you through this teaching are some notions of life, of yourself, of how you are structured, of how you relate to the universe as a whole, and consequently of the exchanges you are to have with each other and with the universe, which is life.’

His highest and constant objective was to help human beings recapture their spiritual dimension (which he refers to as their higher or divine nature), to perfect and strengthen themselves, and to find fulfillment in the world in which they live. He adds:

‘Above all, I have endeavored to shed light on one subject in particular: the two natures that exist within all human beings, the higher nature and the lower nature, because herein lies the key to the solution of all problems.’

Our inner, individual work  must also be seen from a universal perspective, which it opens our consciousness to the fact that we are citizens of the cosmos, members of one great human family, one universal brotherhood. We are all sons and daughters of the same Creator. The teaching of Omraam Mikhaël Aïvanhov invites all human beings, without distinctions of color, country, religion or race, to realize a fraternal and harmonious life on earth for the good of each and every one of us.

Thanks to his shining presence, his example and his teaching, innumerable people throughout the world have found the path to inner fulfillment. 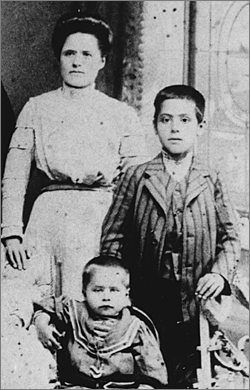 On January 31, 1900, Omraam Mikhaël Aïvanhov was born in the village of Serbtzi, Macedonia, and later lived in Varna, Bulgaria. His youth was marked by many difficulties: the early death of his father, extreme poverty, constant social unrest and war were for him opportunities to develop his willpower, his consciousness and his spiritual life, as well as his desire to be useful to all humankind.

The Master at 11 years of age,
with his mother and little brother.

At the age of 17, he joined the brotherhood of Master Peter Deunov, who was to have a definitive influence on him. After obtaining his diploma at the University of Sofia he became a teacher, and from 1934 to 1937, a school principal. At the same time, he steadfastly followed the teaching of Peter Deunov, which for him was a vast field of exploration and experience. Although his presence in the brotherhood was always discreet and unassuming, he had a profound spiritual and human influence on his fellow members. In 1937, with the approach of the Second World War, Peter Deunov foresaw that political unrest would lead to a ban on all spiritual associations in Bulgaria and sent his disciple Mikhaël Aïvanhov to France, where he was to preserve, develop and propagate his teaching. 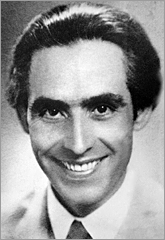 From 1937 on, Frere Mikhaël worked tirelessly to make known the teaching he had taken to France. Gradually his intensely luminous presence earned him access to and considerable influence in different spheres of French society. In spite of difficulties and ordeals, he remained true to his mission and continued to give love and attention to all he encountered, never asking for payment of any kind. Motivated by his overwhelming desire to contribute to the realization of a profoundly fraternal humanity – a desire he never lost – he founded the French brotherhood on the same pattern as that of Peter Deunov. Beginning in 1948, he established a number of brotherhood associations, in France, Switzerland, Belgium and several other European countries. In 1959, after more than twenty years devoted to the mission entrusted to him by Peter Deunov, he travelled to India where he spent a year. There he met the Mahavatar Nimcaroli Babaji, described by Yogananda as the being who for untold years has been the guide of prophets and masters. It was in India, in circumstances which he never fully disclosed, that he was given the name ‘Omraam’. Until this time, he had refused to be addressed as a Master by his disciples. He had always regarded himself as a disciple of his own teacher, Peter Deunov, and was called Frère Mikhaël. Now everything had changed. His disciples, who had been following him for 22 years, insisted on paying him the respect he was due, and he finally allowed himself to be called ‘Master’.

A true Master, he explained, is one who knows the truth, who thoroughly understands and respects the laws and principles of existence. He also has the will and ability to control his inner world and to use this self-mastery for the sole purpose of manifesting all the qualities and virtues of unselfish love. In the years that followed, and until he left this world on December 25, 1986, Master Omraam Mikhaël Aïvanhov continued his teaching mission, giving thousands of talks, always free, in France and many other countries, including Canada.

His teaching is universal in scope, and the methods he proposes correspond ever more aptly to the needs of our times and the challenges of contemporary daily life. His constant motivation was, as he said, to be useful to his fellow human beings, to help them find within themselves the forces placed there by the Creator, and to play their part in the creation of a global and profoundly fraternal human family, a Golden Age for mankind.