The Law of  Correspondences 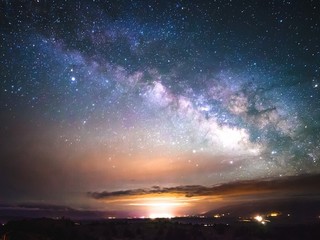 ‘…Every spirit which incarnates on this earth possesses organs and faculties which correspond to all the virtues and qualities on high in Heaven, and this being so, everything is possible to him. Not all at once, of course, but gradually. If he knows and abides by the laws, he can undertake the most stupendous tasks. What are the laws in question? Well, suppose you have two identical tuning forks: if you set one of them vibrating you will find that the other one vibrates also, without your having touched it. This is what is known as resonance. Everybody knows about this phenomenon, but no one stops to analyse it and to see that exactly the same thing occurs between a human being and the cosmos. If a man attunes his physical and psychological being to the same vibrations as those of the universe, he can reach out to touch the heavenly powers and establish a bond and an interaction with them which will help and comfort him. Vibrations are a means of communication. You speak and someone hears you. You can even set certain forces in motion and draw them to yourself so that you can benefit from them. There is interaction and exchange, therefore, between you and any region of the universe you choose, and you must know that it is precisely in this interaction that God has placed man’s very best means of attaining perfection.’

The Law of Affinity 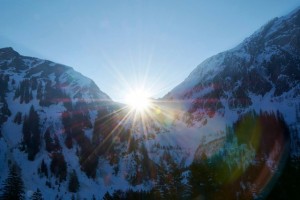 ‘There are a certain number of physical laws which govern the whole of nature, including our own bodies, and although human beings may not always obey them, at least they acknowledge their existence. Unfortunately this is not true when it comes to moral law. Those who acknowledge the existence of moral laws are few and far between nowadays, and even if people still have some faint belief in the necessity for a certain order, most writers, philosophers, and artists create works of art the sole aim of which is to dispel the last remnants of this belief. But it is precisely the moral laws which I want to talk about today, because when these laws are not recognized, something essential is missing from human knowledge. Ignorance is no defence before the law: even if you do not know the moral laws, if you flout them by your behaviour, you will be obliged to suffer the consequences. When this happens, one begins to realize that the moral sphere is also ruled by a certain number of laws and that these laws are far subtler than those which govern the physical world, for they are engraved not only into our physical bodies but also into our souls and spirits. Those who fail to abide by these laws are seen as self-centred egoists by their fellowmen, and before long they begin to feel deprived of support and friendship. Whatever their offence, they will have to pay for it. And what will be the coin of this payment? Well, this can vary considerably: it can be in the form of remorse, pain or suffering, bitterness, regrets and disappointments, and sometimes even money. This is something that can be seen on every level. Everything is connected, related to everything else. The moral domain is governed by immutable, indestructible laws which you should know.’

The Law of Records

‘…Everything is recorded. To know this law should be enough to convince you that you should be very careful not to indulge every passing fancy. Every bad thought, even if it only passes through your mind, leaves an imprint on you which will be with you for all eternity, all the more so because once a negative imprint has been made, there is a tendency for it to become a pattern, a stereotype, which repeats itself over and over again indefinitely. I have often talked to you about this and explained how you can create new patterns in yourself which will end by replacing the old bad habits acquired in the past. If you do nothing to substitute good patterns for the bad ones, they will stay with you, time and again, in every reincarnation. You must erase them, otherwise there is no reason why they should not reappear each time. Hold on to your good patterns, your qualities and virtues, and work at improving them (there is always room for improvement), but you must also work at correcting your defects.Since everything is recorded, you must take care to record only what is purest and best. And once you begin you will see for yourself that you will be so captivated by this activity, so busy and inspired, that it will become an inexhaustible source of joy to you.’

The Laws of Justice and Love 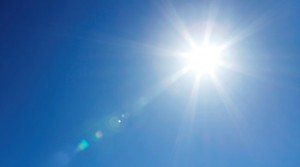 ‘Those who are truly inhabited by the light and power of the spirit are able to surmount the hate that ordinarliy takes hold of the hearts of men and women who are unjustly persecuted. In the midst of their suffering they say : « The conduct of my enemies reveals that they are deprived of all that is the richness of the spiritual life ! And although I am their victim, they are not victorious, because they can do nothing against this part of me that is nourished every day by truth, by beauty. » In this way they obtain what they never could have obtained by any other means : this inner freedom that gives them the power to forgive their enemies.’